Our Founder and President

Brian Maryott spent a decade working with families and businesses owners to help them save and grow their financial assets, and plan their financial futures. He went on to work for another thirteen years as a regional management executive and Senior Vice President at two of Wall Street’s biggest firms. 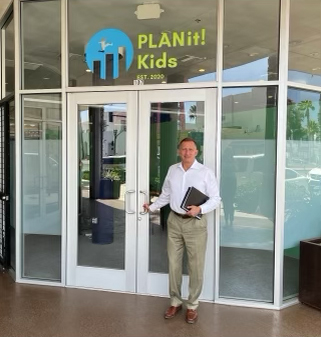 In running some of the largest markets on the West Coast, Brian often observed that there was a disconnect between the value that the industry had to offer, and its general lack of availability in more modest income areas. The people who could perhaps be helped most by some financial guidance, were in fact not being sought after by the industry as customers.

After stepping away from the corporate world in 2018, he eventually found himself with enough time to try and do something about it. In December of 2020, Brian embarked on the project of forming a 501c3 qualified non profit organization that could deliver these critically important services in communities of need.

A Little About Brian

Brian lives in Southern California with his wife Michele and their three children. He recently served as Mayor of his city, and has also been a candidate for Congress. Brian remains a Certified Financial Planner Professional, and he loves helping people realize their financial goals and dreams. He takes extra pride in lending his financial expertise to two other local non profits as well, one of which operates primarily for the benefit of those with mental health challenges.